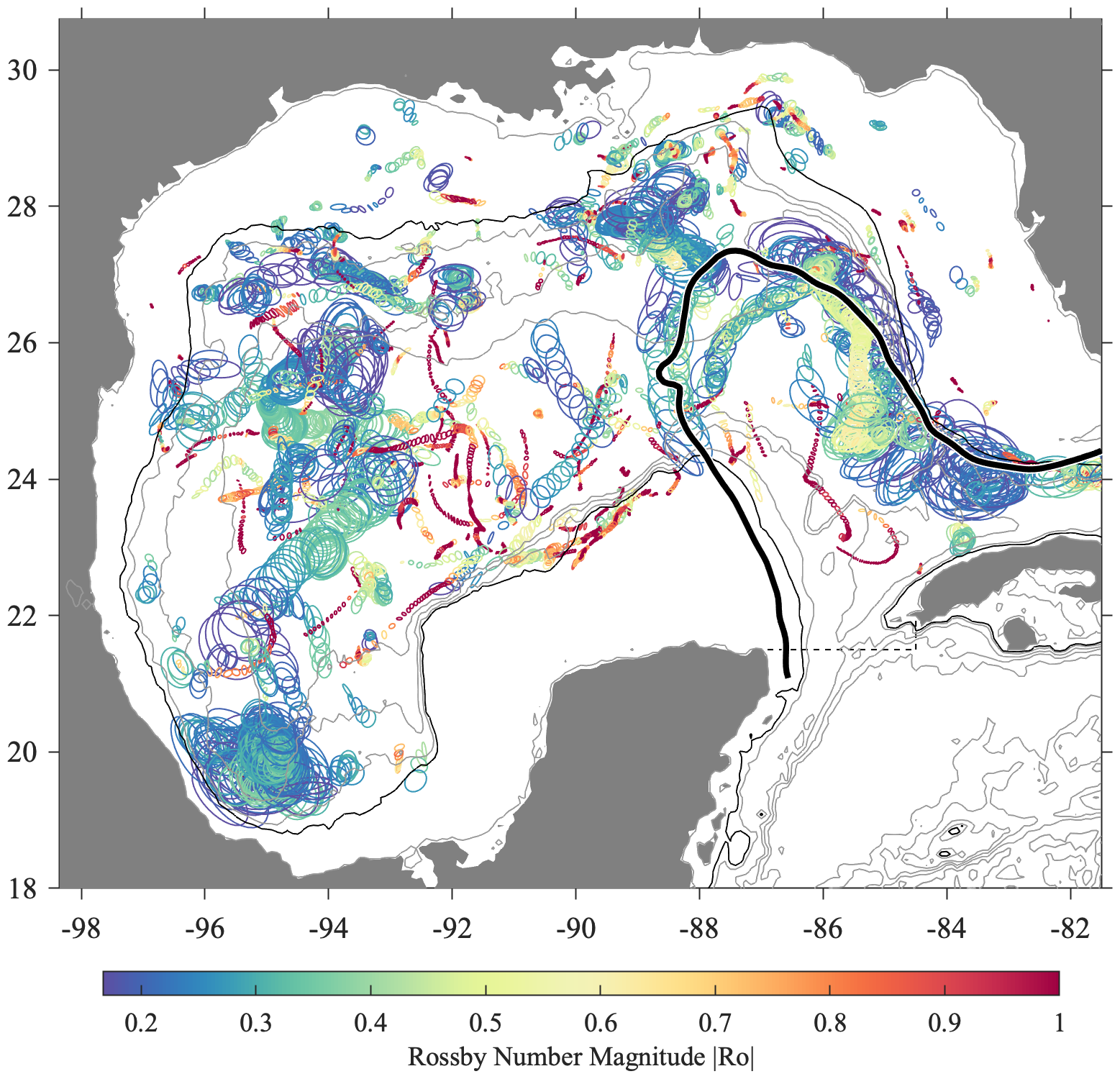 The Gulf of Mexico is known for the Loop Current Eddies, giant, roughly 150 km radius anticyclones shed from the Loop Current. A new analysis reveals, at smaller radii, an eddy field overwhelmingly dominated by intense cyclones. The cyclonic eddies are of two types, roughly 50 km radius mesoscale cyclones that are apparently spawned from the shear zone at the edge of the Loop Current and then spread throughout the Gulf, as well as much smaller, 10 km radius submesoscale cyclones. The latter, which have never before been documented, have intense vorticities as much as twice the local Coriolis frequency. See the talk for details.